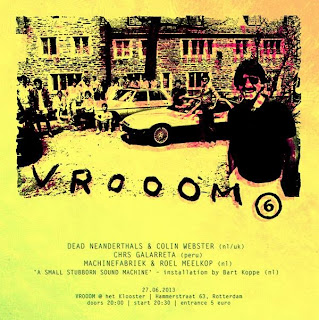 I'm heading to Rotterdam at the end of the month for two collaborative shows. The first is with Dead Neanderthals at Vrooom, and the second is with Albatre at Roodkapje. This will be my first time guesting with Albatre, and third time with Dead Neanderthals following our mini-tour in the UK.
The Netherlands has a really strong scene of artists at the moment exploring the frayed edges of improvised music, free jazz, noise, metal, electronics, and so on, and I'm really excited to be involved with these two shows.
Details about both shows:
27th June: Vrooom, Rotterdam w/ Dead Neanderthals.
http://vrooom-rotterdam.blogspot.nl/2013/06/vrooom-6.html 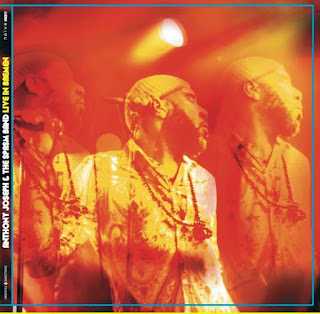 'Live in Bremen' is the next album by Anthony Joseph and The Spasm Band. Due on 17th June via Heavenly Sweetness Records on Double LP/CD/DL.

As the name suggests, the album documents an incendiary concert in Bremen recorded while the band was on tour in Germany. The album features live versions of songs from the previous three albums, plus some previously unrecorded material.