The Spasm Band's 'Bird Head Son' tour is finally came to an end a few weeks ago in Lille. It's been an incredible two year journey, taking us all over Europe, playing some spectacular stages, to so many amazing people.

We've been writing the next record over the last few months, and are due to enter the studio very soon.. More on that later.

There's lots of clips and interviews etc.. on the Spasm Band blog: http://spasmband.blogspot.com/

Here's a photo of The Spasm Band taken in Lille at the end of the tour: 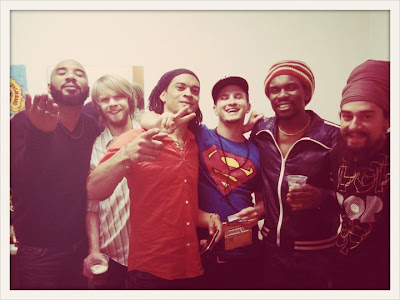 Meet the latest addition to my family! 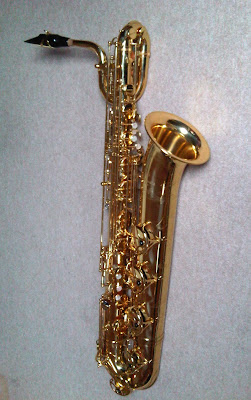 I've wanted a bari for ages, and now I have one. This one used to belong to a fantastic saxophonist and improvisor David O'Connor - so it's got pedigree!

It's made a couple of live appearances already with Webster/Holub/McLaren and Wart Biter, and in the studio with Chik Budo. Looking forward to playing it on gigs and some new recordings in the new year.
Posted by Colin Webster at 14:56 No comments: