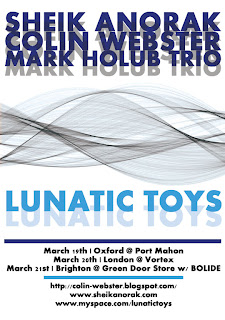 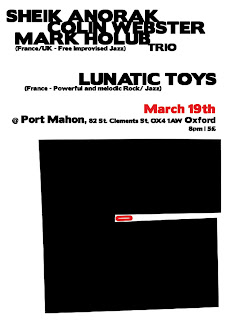 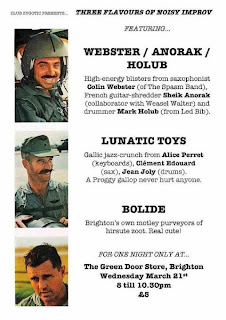 Posted by Colin Webster at 13:38 No comments:

Just received the artwork for my new duo album with Mark Holub - 'The Claw'. The cover was designed and individually screen-printed by Oliver Pitt (www.oliverpitt.co.uk).  The album should be available on CD and Download in a few weeks time. 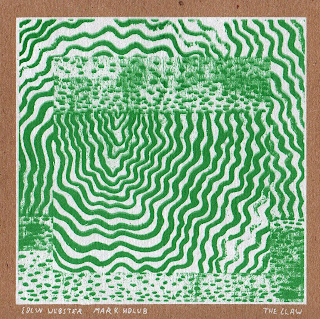 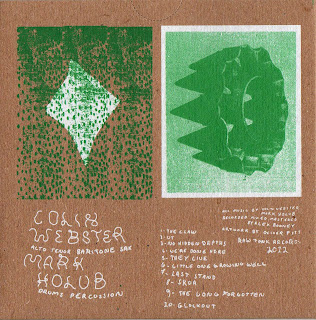 Posted by Colin Webster at 06:06 No comments:

In March the new trio of Sheik Anorak, Mark Holub, and Colin Webster are on tour in the UK:

Lyon-based guitar-shredder, and free jazz noisenik Sheik Anorak is known for collaborating with like-minded souls all over the world, including: Mario Rechtern, Weasel Walter (from the Flying Luttenbachers), Clement Edouard, Yoann Durant, and Matthieu Peyraud. He also moonlights as head-honcho of Gaffer Records, releasing amazing music by the likes of Mats Gustafsson, Talibam!, OffOnOff, Jazkamer, and many others.
For this tour Sheik Anorak is joining forces with Led Bib sticksman Mark Holub, and saxophonist Colin Webster.
www.sheikanorak.com


For all three dates they are joined by Lyon-based power-jazz-trio Lunatic Toys, and for the Brighton gig by Bolide as well.


Also, on March 7th the trio of Sheik Anorak, Colin Webster, and Clement Edouard (from Lunatic Toys / Loup) are performing a special show at Buffet Froid in Lyon.
Posted by Colin Webster at 09:01 No comments: