I'll be performing at this on Sept 12th at Joiner's Arms, Hackney Road, Shoreditch: 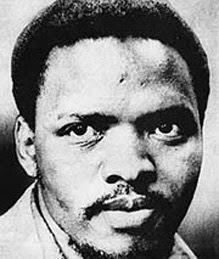 A group of some of London's finest improvisers, collectively known as 'Fire Box', converge to present a series of musical journeys. Starting from spaced-out jazz vamps and moments of silence the performers take the listener into a world of spontaneous musical happenings. Taking inspiration from the likes of Sun Ra, Derek Bailey, Miles Davis and Ornette Coleman.

Firebox will pay tribute on this evening to anti-apartheid activist S...teve Biko, who died in police custody 33 years ago. Steve Biko formed the Black Conciousness Movement in South Africa, empowering and mobilising the black urban population, and is credited with coining the phrase "black is beautiful".
http://en.wikipedia.org/wiki/Steve_Biko

Performers on the night are:

This event is free entry, and bar is open til late