Good time to start this blog 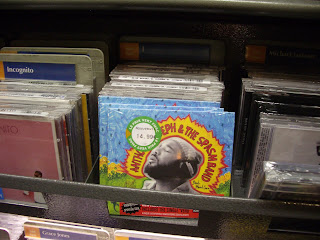 I just got back from a few days in France playing gigs and doing promo for the new Spasm Band album - Bird Head Son. It's been out for a few weeks now, but this was the first time we'd seen it in the shops (these were in fnac in Paris) - always a great feeling no matter how many times you see it! 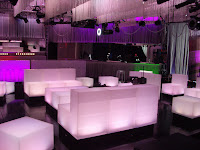 Anyway, last thursday we left London for Paris on the Eurostar. When we got there I went with Anthony for an interview at Radio Nova, then after to France Televisions Studios where the band did a live session on 'Ce Soir Ou Jamais'. The show was like a long discussion programme about Iran, followed by a blast from the Spasm Band - funny.

The next day we caught the train to Dijon to play at the Generiq Festival. We played in Dijon 2 years ago, so it was cool to go back. We were supposed to play in a big tent outside, but it got blown down in the storms, so the set was moved to the bar - which was sweatier and more rock n' roll! After that it was back to Paris then on to Creteil to play Sons d'Hiver festival. Also on the bill was Saul Williams. Saul's set was awesome - a mash-up of electro, reggae, rock, and proto-hip-hop. The band were dressed like Funkadelic, and looked great - the stage invasion at the end was well deserved.

The next day we travelled back to Dijon and on to Besancon for another gig. We played at Le Cylindre which was like a stone tunnel. The venue was freezing, but seemed to heat up after a few minutes of the Spasm Band set.